Saint Paul Memorial Museum is a church built in 1862 by the Greek-Arab Orthodox community in memory of Saint Paul. It is thought that it was built on another church that was built in memory of St. Paul in the Middle Ages. The building is located on an area of 460 square meters and there is a water well at the entrance of it. Inside the building,  the depictions of two angels, the figures of the Prophet Jesus and the authors of the 4 gospels, Matthew, Mark, Luke and John, and the eye motif in the triangle, which symbolizes God seeing everything, are worth seeing. The building, which was left empty for a long time after the Christians left Tarsus, was opened to service as a Memorial Museum in 2001 with the completion of the restoration work.

Why is the Saint Paulus Memorial Museum Important?

In 2000, the museum was  included in the UNESCO World Heritage Tentative List with the name of "St. Paul's Church, Well and Historical Environment".

On the occasion of the 2000th anniversary of the birth of St. Paul, Pope Benedict XVI declared from 28 June 2008 to 29 June 2009 as "St. Paul's proclamation of "The Year of St. Paul". This increased the recognition of "Saint Paul's Well and St. Paul's Church".

St Paul's Memorial Museum, together with St Paul's Well is one of the important places that Christians visit for pilgrimage.

Where is St. Paul Memorial Museum? Directions Information. How to Go to the Museum?

Saint Paul Memorial Museum is in a very central location in Tarsus and is within walking distance to other historical and touristic spots. It is located just south of Tarsus Ulu Mosque and Kırkkaşık Bedesten.

After reaching Tarsus Town Center by train or bus from Mersin or Adana. You can come to Makam Mevkii by city minibuses and see all these values within walking distance of each other.

We recommend those visitors arriving by private vehicle to park the vehicle in a suitable place and visit all these points on foot.

The entrance fee to the St Paul Memorial Museum is 12.5 TL. Museum card is valid.

Places to be seen around St. Paul Memorial Museum

St. Paul Memorial Museum is at the center of Tarsus. All historical places listed respectively as, Makam Mosque,  Ulu Mosque, Kırkkaşık Bedesten , Kubatpaşa Madrasah, St Paul Memorial Museum,  Cleopatra Gate, Tarsus Museum, Ancient Roman Road, St. Paul's Well,  and Old Tarsus Houses  are all within walking distance. Our advice to visitors who come Tarsus  by private vehicle, to leave their vehicles in a suitable place and visit all these points on foot. They will have had a pleasant time full of history from the ancient period  to Turkish Republic. 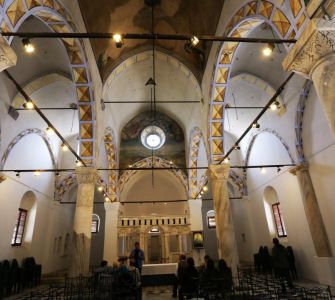 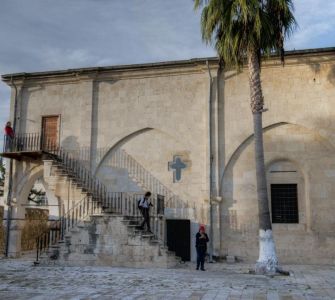 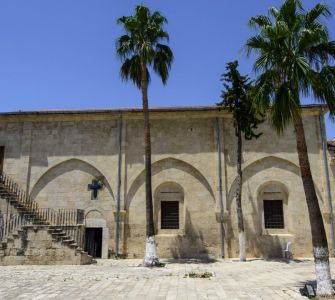 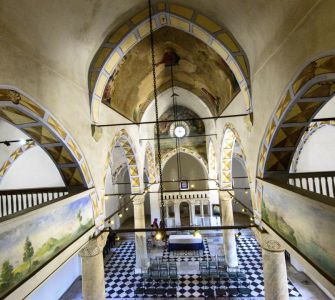 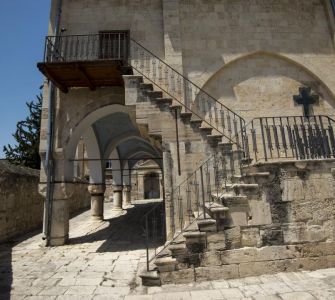