Tantuni refers to lamb meat that is cut into small pieces, fried on an iron plate with vegetables and spices, and served in lavash or a round loaf of bread. If the wrap only consists of meat it is called biftek (Turkish for ‘beef’). If you include lard in the recipe, it is called tantuni. There are two new tantuni recipes appeared recently: Tantuni with a yoghurt sauce on top and chicken tantuni. Tantuni gives off such an amazing smell while cooking that even if you are not hungry, you’ll want to eat tantuni if you pass by a tantuni restaurant. 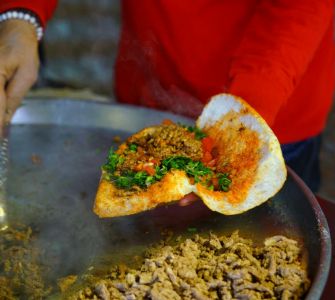 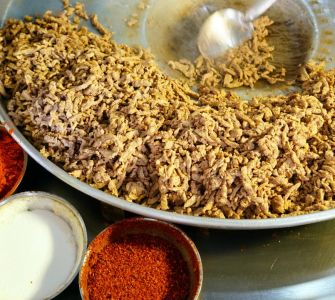 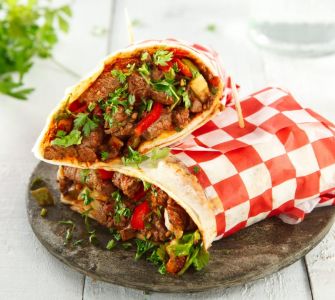 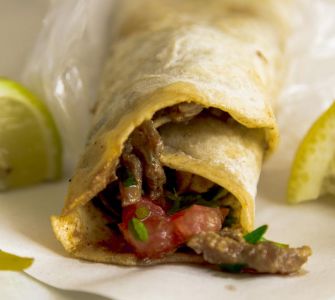