Gilindire Cave is located in Aydıncık District of Mersin and is considered as the 8th Wonder of the World. Like the Heaven and Hell Pitches in Mersin, the Gilindire Cave is a cave formed by the dissolution of the limestone structure of the region in water. The most important feature of the cave, which is located by the sea, is that it bears traces of past geological periods and is a laboratory-like cave that provides information about the change in water level before the ice age.

Aynalıgöl Cave, whose entrance is located on a slope 50 meters above the sea, has a horizontal length of 555 meters and a depth of 46 meters. In the cave, there are many interesting figured stalactites, stalagmites and columns, as well as formations such as cave pearls, flag travertine and shower heads. Visitors, descending 560 steps, forget the trouble of all this hiking and are almost fascinated by the large lake at the end of the cave with a width of 18-30 meters, a length of 140 meters and a depth of 5 - 47 meters. It is also called Aynalıgöl (ayna means mirror and göl means lake   in Turkish)  Cave because of this lake, which reflects the entire shape of the cave like a mirror, as it is completely still. Thanks to the fact that the lake is very clear, all the stalactites and stalagmites can be seen and offers an impressive view. The first 10 meters of Aynalıgöl is fresh water and the remaining part consists of salt water and is thought to have a connection with the sea.

Aydıncık was founded by the Phoenicians 3,000 years ago and its former name was Kelenderis. Over time, this name turned into Gilindire and gave its name to the cave. Ceramic remains from the late Neolithic period in the cave show that Gilindire Cave was also used in ancient times. It is thought that these remains were left by sailors who wanted to take advantage of the fresh water in the cave.

The cave, whose existence was forgotten over time, has an interesting story of discovery. Around the year 2000, a shepherd grazing his goats saw a hedgehog disappear into a bush near the sea and discovered the then very small entrance to the cave. Later, he reported this situation to the authorities and the cave was brought into tourism with the project submitted by Mersin Special Provincial Administration to Çukurova Development Agency in 2011. Gilindire Cave was registered in 2013 as "Gilindire Cave Natural Monument" within the scope of the National Parks Law.

Aynalıgöl Cave, which was opened to tourism in 2013, came to the fore again in 2019 with the diving record of our national athlete Şahika ENCÜMEN. The council broke the 90-meter limit, which is a women's world record, with its dive in the "non-finned category" and entered the Guinness Book of World Records. For the first time in the world, the athlete, who went horizontally in a cave, in one breath, and under water in 2 minutes and 5 seconds, presented her record, which she set on October 28, (on the occasion of the Republic Day) to Turkish soldiers.

How to Go to Gilindire Cave? Directions Information

The entrance fee of Gilindire Cave is 7 TL and the Museum Card is not valid. There is a car park, WC and cafe at the entrance of the cave. The facilities here offer visitors a unique view of the Mediterranean Sea, and returning from the cave is a good alternative to relax.

While going down the stairs to the entrance of Gilindire Cave, looking at the blue sea from high gives a different pleasure. Due to the high humidity of the cave, it would be appropriate to choose clothes that will not sweat, especially in summer.

We recommend that visitors to Gilindire Cave also see the Dört Ayak Mausoleum in Aydıncık town center and also see Soğuksu Beach, which takes its name from the ice-cold water brought by a stream, especially in summer.

Places to See Around Gilindere Cave

places to visit in Aydıncık 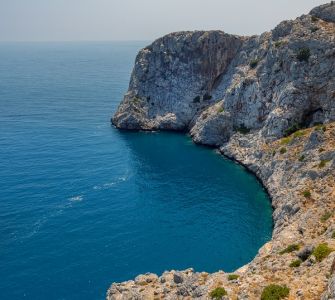 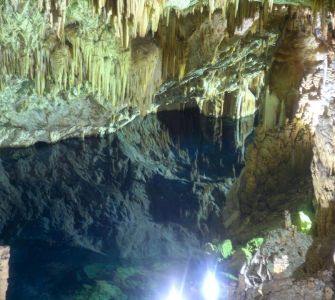 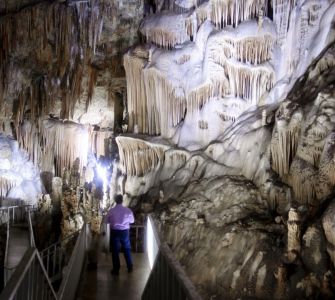 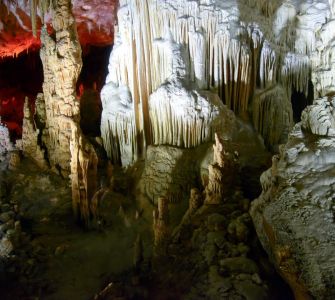 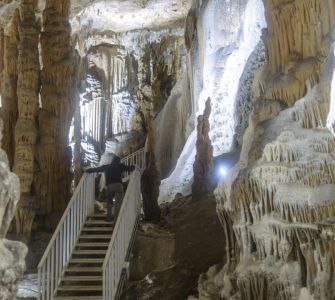 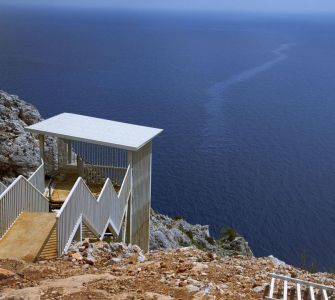 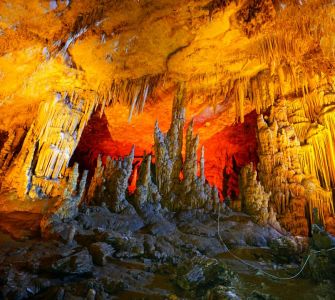 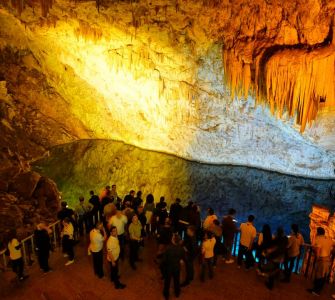