Tarsus Waterfall is located on the Berdan River, which is one of the important streams that make up Çukurova with the alluvium it carries from the Taurus Mountains. An interesting and surprising fact about Tarsus Waterfall is that such a waterfall did not exist until the 6th century. The Berdan River, which was called Kyndos at that time, was flowing from the city center of Tarsus from the point where the Prophet Danyal Makam Mosque was located, and after heavy rains, it was causing damage to the city and people with floods. The area where the waterfall is located was used as a necropolis (grave area) by carving the rocks here, as it was an easily workable rock structure of the Konalemera type. During the time of the Byzantine Emperor Justinian, the river's bed was moved to the east in order to protect the city from floods, and the waters cascading over this necropolis area formed the Tarsus Waterfall. Especially in the autumn, when the waters of the waterfalls decrease, the tombs carved into the rocks can still be seen.

The Arabs who conquered Tarsus during the Abbasid period called this river "El Berridan", which means cold water in Arabic, due to the very cold water coming from the Taurus Mountains, and this name became Berdan in time. It is known that Harun Reşit's son, Caliph El Memun, also drowned here and his grave is located in the Tarsus Grand Mosque. It is stated in various historical sources that Alexander the Great, another important historical figure, had severe pneumonia after crossing the Gülek Strait during his eastern expedition and swimming here to cool off in the Çukurova heat.

Tarsus Waterfall is a very preferred recreation spot by the people of the region today. No matter how hot the weather is in the summer, the cascading particles of the cold water coming from the Taurus Mountains create a cooling effect.

The waterfall offers very nice photo opportunities, especially at sunset. There is also a statue of Karacaoğlan, one of the most important folk poets of the Çukurova Region. Entry to the waterfall is free.

In the area where the Tarsus Waterfall falls, there are picnic tables as well as areas created for viewing and photographing, and local people have picnics here to cool off, especially on hot summer days. In addition, there is the opportunity to have breakfast in private businesses, many of which are located on the shore of Berdan Stream, around the waterfall. In addition to local foods such as “sıkma” and pastry, the mixed breakfast with rich varieties specific to the region is preferred by the locals as well as the tourists.

Tarsus Waterfall Directions Information. Where is the waterfall and how to get there?

Tarsus Waterfall is 1 km away from the town center and can be reached even on foot. There are also minibuses that bring passengers here from Tarsus District center. If you come by private vehicle, the signs in the town center direct the visitors to the waterfall.

Entrance to the waterfall is free.

Places to be seen around Tarsus Waterfall

The distance of Tarsus Waterfall to  Tarsus Centre is nearly 2km. When you reach old Tarsus all historical places listed respectively as, Makam Mosque,  Ulu Mosque, Kırkkaşık Bedesten , Kubatpaşa Madrasah, St Paul Memorial Museum,  Cleopatra Gate, Tarsus Museum, Ancient Roman Road, St. Paul's Well,  and Old Tarsus Houses  are all within walking distance. Our advice to visitors who come Tarsus  by private vehicle, to leave their vehicles in a suitable place and visit all these points on foot. They will have had a pleasant time full of history from the ancient period  to Turkish Republic. 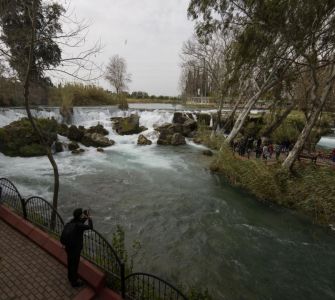 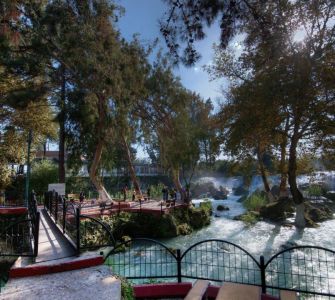 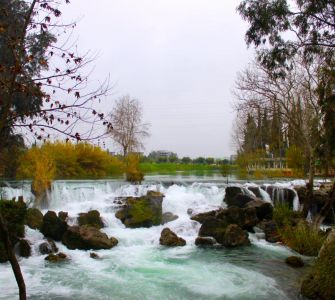