Makam Mosque, also known as Makam-ı Şerif, is a mosque built in Tarsus  at the location where the tomb of Prophet Daniel is located. The name of the mosque comes from the fact that it is the resting place  of a prophet. (makam means resting place of important persons in Turkish) The mosque gave its name to the neighborhood in which it is located.

Daniel is a prophet sent to the Jews in the seventh century BC. At that time, the Jews were under the captivity of the Babylonian state. Babylonian King II. Nabuchadnaser saw in his  dream that a Jewish boy will end his reign and he orders all newborn Jews to be killed. Thereupon, Daniel, who was left in a cave by his family, was raised by two lions. The Prophet Daniel, who grew up in time, freed the Jewish people from the Babylonian captivity. Prophet Daniel, who is known as the prophet of abundance and his fame spread all over. He was invited to Tarsus, which was the capital of Cilicia at that time and was experiencing a famine. With the arrival of the Prophet Daniel, abundance begins to be experienced in Tarsus and the people does not want  him to leave Tarsus. Prophet Daniel, who died in Tarsus, was  buried in the place where today's Makam Mosque is located.

Tarsus was conquered by the Muslims during the time of Caliph Omar. Islamic troops come across a sarcophagus. In the coffin, there is a burial ring with a child motif between two lions on his finger. When the ring is sent to Caliph Omar, he realizes that this is the tomb of Prophet Daniel. In order to prevent the corpse from being stolen by the Jews, battlements were added on the tomb by the order of Caliph Omar and a branch of the Berdan Stream was passed over the tomb.

Discovery of the Tomb of the Prophet Daniel

Over time, the tomb of Prophet Daniel was covered with mud. In 2006, while a construction work was being carried out in the ablution section of the Makam Mosque, an arched structure was discovered, and excavations were carried out by the Tarsus Museum between 2006-2007. As a result of the studies, the tomb of the Prophet Daniel, 8 meters deep, under the columns, battlement irons and battlements dating to the seventh century was unearthed. In 2014, the renovation works come to an end and the Prophet Daniel's resting place and 36 tombs next to it are opened to visitors.

Makam Mosque- Where is the Makam of Prophet Daniel? Directions Information. Going to the Makam?

Makam Mosque is in a very central location in Tarsus, just opposite the government office. In its immediate vicinity, there is the Kubat Pasha Madrasa, and on the other side the Ulu Mosque and Kırkkaşık Bedesten. All public transport passes through here. We recommend that those who will come by private car park their vehicles in a suitable place and visit all these historical values, which are very close to each other, on foot.

Places to be seen around Makam Mosque

Makam Mosque can be seen as the center of old Tarsus. In addition to the Ulu Mosque, Kırkkaşık Bedesten and Kubatpaşa Madrasah right next to it, the St. Paul's Well, Saint Paul Church, Cleopatra Gate, Old Tarsus Houses, Ancient Roman Road  and Tarsus Museum are all within walking distance. Our advice to visitors who come Tarsus  by private vehicle, to leave their vehicles in a suitable place and visit all these points on foot. They will have had a pleasant time full of history from the ancient period  to Turkish Republic. 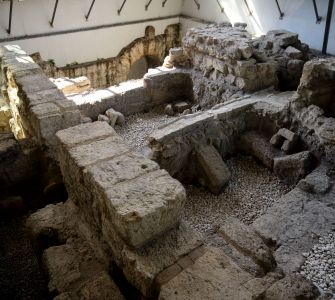 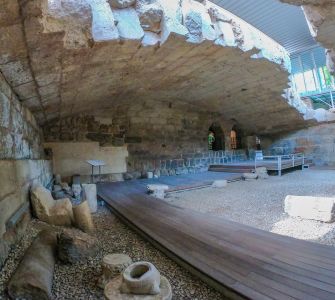