The place consists of the cave where Aya  (Hagia) Tekla, one of the important figures of early Christianity, lived, and the church, cistern, bath and burial places built here later.

Who is Aya Tekla? Why is she important?

Tekla (Thekla), the 17-year-old daughter of a wealthy family from Konya, became a Christian, influenced by St. Paul, who was exiled here from Yalvaç. However, at that time, Christianity was forbidden in the Roman Empire, and the believers were subjected to severe torture and lived their faith in secret. Due to her faith, the governor wants to throw her into an arena full of lions and so get killed, but a miracle happens and the lions do not touch Tekla. Later, Tekla, who was forgiven, went to Silifke to spread Christianity and settled in a cave. Here she performs her miracles, heals people and ensures that most of the local people, who have polytheistic beliefs, become Christians. The Jews in the region and the doctors whose jobs have deteriorated hire 4 young people to have her killed. Thekla disappears from the cave as a result of a miracle.

The importance of Hagia Tekla for Christianity is also understood from her depiction in various religious buildings in Egypt, Rome and Istanbul. It is known that there were 3 churches built in the name of Hagia Tekla in the Byzantine period in Istanbul.

This cave gained importance after Hagia Tekla was miraculously saved from those who tried to kill herself and later it was used as a secret church by Christians. A basilica was built over the cave after Christianity was liberated from the territory of the Roman Empire by Emperor Constantine in 312 A.C. A domed church and bath were built here between 475-477 by Emperor Zenon, who also had the Alahan monastery built. Together with the Alahan Monastery, this church is the forerunner of the Hagia Sophia, which will be built in Istanbul in the future and is famous for its dome. Aya Thekla church has been an important pilgrimage site for the Christian world for many years. Unfortunately, only the apse of this church remains today.

Where is Aya Tekla Monastery? Directions Information. How to go to Monastery?

Aya Tekla can be reached by public transport from Silifke Center. Another alternative is to get off on the main road by using the Silifke-Taşucu minibuses. However, in this case, it will be necessary to walk about 1 km.

Entry to Aya Tekla is free.

Places to be seen around Aya Tekla 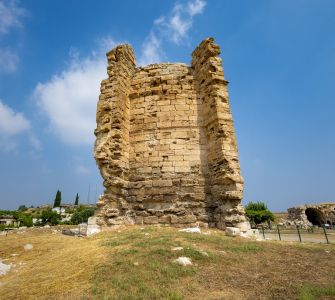 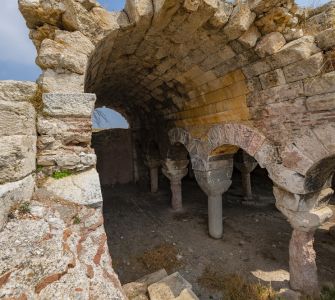 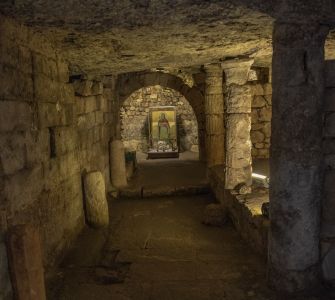 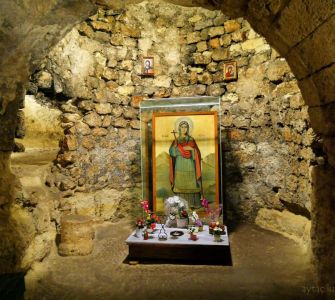 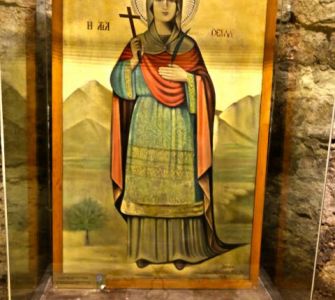