Eshab-ı Kehf is a cave located in Tarsus District of Mersin and believed to be sacred. The Cave of Eshabı Kehf used to be an important and sacred place, so much so that it was a tradition for convoys to stop by while going on pilgrimage by land route.

Eshab-ı Kehf Cave is a 300 square meter and 10 meters deep cave. Next to the cave, there is a mosque with 3 balconies built during the reign of Sultan Abdulaziz. There are souvenir shops, restaurants, parking lot and toilets around the cave. The entrance to the Eshab-ı Kehf cave is free.

The Story of the Eshab-I Kehf

The word Eshab-ı Kehf means cave friends. This story is told in the Qur'an in verses 9-26 of the chapter of Kahf.

Escape from the persecution of the pagan ruler of the period, 6 young believers come across a shepherd and his dog on the way. The shepherd, who is also a believer, shows these young people a cave to hide in. The ruler, who is after the young people, finds them sleeping in the cave and has the mouth of the cave covered so that they die.

Miraculously, these 7 people and their dogs sleep for 309 years. When they wake up, they send one of them to the city to buy food. The young man, who went to the city for shopping, extended the old silver coin in his hand and  he was caught thinking that he had found a treasure and was taken to the presence of the city manager. In the three centuries that have passed, a believer has taken over the city. The manager, impressed by the young man's story, asks him to take him to his friends. When the young man approaches the cave, he says that he should go inside alone first, otherwise his friends will be afraid. After the youth enters, all 7 believers miraculously become invisible.

This story is also known as the legend of the seven sleepers among the people. The story of Eshab-Kahf is told for 33 different caves in the world from Spain to China.

Where is Eshabi-Kehf Cave? Directions Information. Going to the Cave?

Eshabı Kehf Cave is 12 km from Tarsus and 38 km from Mersin. The hill where the cave is located within the borders of Dedeler village in the north of Tarsus is also known as Ziyarettepe.

To go to the Eshabı kehf Cave, first of all, you should go to Tarsus Town Center and follow the Dedeler Village road from there. There are signs directing the visitors to the Eshab-ı Kehf cave in Tarsus District center.

There is no public transport to the cave.

The entrance to the Eshab-ı Kehf cave is free.

Places to be seen around Eshabı Kehf Cave

Distance of Eshabı Kehf Cave to Tarsus  city centre is  14 km. When you reach Tarsus city centre,  Makam Mosque,  Ulu Mosque, Kırkkaşık Bedesten , Kubatpaşa Madrasah, Saint Paul Church,  Cleopatra Gate, Tarsus Museum, Ancient Roman Road, St. Paul's Well,  and Old Tarsus Houses  are all within walking distance. Our advice to visitors who come Tarsus  by private vehicle, to leave their vehicles in a suitable place and visit all these points on foot. They will have had a pleasant time full of history from the ancient period  to Turkish Republic. 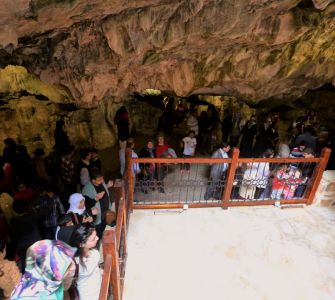 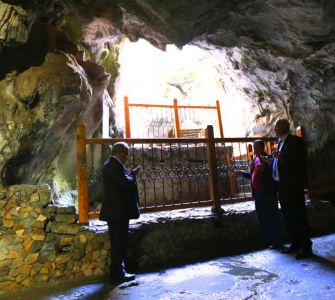 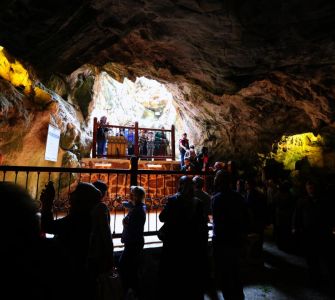 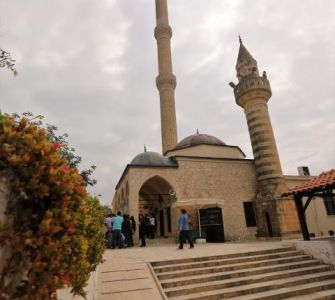 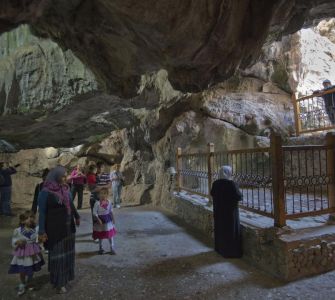