Silifke Castle is a castle located on a 185 meters high hill overlooking Silifke District of Mersin. Silifke Castle was built by Selefkos, one of the generals of Alexander the Great, who gave the town its name. It is estimated that it was built in 312 BC .

The castle, which is open to the influence of the sea, was captured by pirates over time, but in 67 AD, the Roman Empire cleared the region from pirates and established its own dominance. Over time, the castle, which changed dominance between the Anatolian Seljuk State, Karamanoğlu Principality and the Armenians, was captured by Gedik Ahmet Pasha and connected to the Ottoman Empire in 1471.

An important feature of Silifke Castle is that it was used not only for military purposes but also as a settlement.

The cut stones used in the construction of the castle are among the successful examples of the craftsmanship in this area. Walls made of limestone attract attention with their durability.

Another striking feature of Silifke Castle is that the old temples in the castle are in good condition, thanks to the respectful attitude of the Turks to other beliefs.

Since the castle was used for both military and residential purposes, the cisterns and sewerage system within the walls are in a very good condition.

The excavations started in 2010 in Silifke Castle were carried out by art historian Prof. Dr. It is still run by a group headed by Ali BORAN. The most important finding made within the scope of the excavations was the discovery of the mosque mentioned in Evliya Çelebi's Travel Book. Excavations focused on the discovery of structures in the 19th century.

Ceramics, pots, etc. found in the excavations. are exhibited in Silifke Museum.

Where is Silifke Castle? Directions Information. How to go to the Castle?

Silifke Castle is in the center of the district, in a location that can be seen from everywhere. Its distance to Mersin is 87 km. To go from Mersin to Silifke Castle, proceed west along the Mersin-Antalya highway to reach Silifke, and as soon as you cross the Göksu River, turn right in the direction of Mut-Karaman at the crossroads, and after about 1 km, you should reach the castle by the direction of the Silifke Castle sign on the right. To go to Silifke Castle by public transport, minibuses passing around Taşköprü should be used in Silifke, and after getting off at Taşköprü, you should walk to the castle.

The sunset view at Silifke Castle is very impressive. The best time to visit Silifke Castle is between afternoon and evening. The entire Silifke District, the Göksu River and the meanders it forms, and the Göksu Delta, where the river empties into the Mediterranean, can be seen from here.

At the end of the driveway on the way to the castle, an establishment with an impressive view serves as a cafe and restaurant.

Since the excavations are continuing in Silifke Castle, there is no entrance opportunity as of 2021. Still, it is a place worth coming to come very close to the castle and watch the scenery and see the outer walls of the castle.

Places to be seen around Silfke Castle 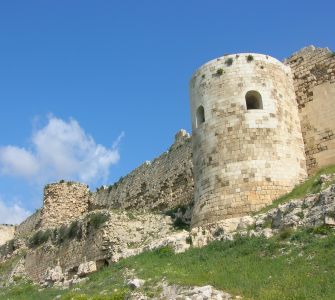 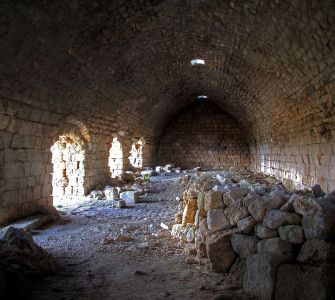 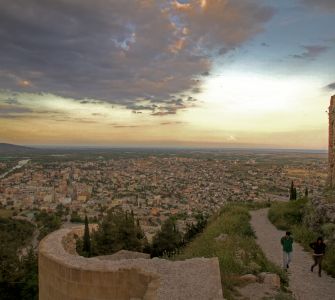 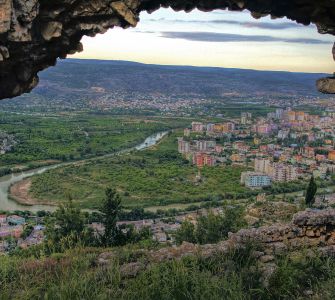