It is an important road of the city that connects the entrances such as the sea gate and the mountain gate within the walls of Tarsus. Important figures such as Roman Emperor Caesar, Egyptian Queen Cleopatra, Augustus, Cicero, Mark Antony and Hadrian passed through this road. The ruts and abrasions seen in some parts of the road show that the street was used extensively in urban transportation.

The importance of the road is also understood from the way it was built. The road, which is 6.5 meters wide, is made of volcanic basalt stones that are not found in that region. It is thought that the stones were brought by ships from around Osmaniye. Right next to the basalt stones arranged in a herringbone structure, there is a sewer system 1.5 meters wide and 70 cm deep. It was understood that this structure was one of the oldest sewer systems of the ancient world. On the side of the road, the ruins of the shops of that time, called the forum, can be seen. Again, on the side of the road, a colonnaded street and the remains of a Roman house were found.

Where is the Ancient Roman Road? Directions Information. How to Get to the Road?

Ancient Road is right next to Tarsus Courthouse and Tarsus Museum at the intersection of Hilmi Seçkin and Alparslan Türkeş Boulevards in Tarsus District of Mersin.

To reach Antik Cadde from Mersin, you should follow the signs after reaching Tarsus Town Center by using the highway or D400 by private vehicle. Since almost all historical monuments in Tarsus are very close to each other, we recommend that you park your car in the southern part of the district, known as Old Tarsus, and walk around all these values.

To reach Antik Cadde using public transport, after reaching Tarsus by bus or train, you can reach the Ancient Road very close by using city buses or minibuses.

Places to be seen around Ancient Roman Road

Ancient Roman Road is at the center of old Tarsus. Makam Mosque,  Ulu Mosque, Kırkkaşık Bedesten , Kubatpaşa Madrasah, Saint Paul Church,  Cleopatra Gate, Tarsus Museum,  Ancient Roman Road, St. Paul's Well,  and Old Tarsus Houses  are all within walking distance. Our advice to visitors who come Tarsus  by private vehicle, to leave their vehicles in a suitable place and visit all these points on foot. They will have had a pleasant time full of history from the ancient period  to Turkish Republic. 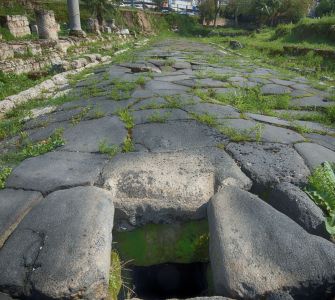 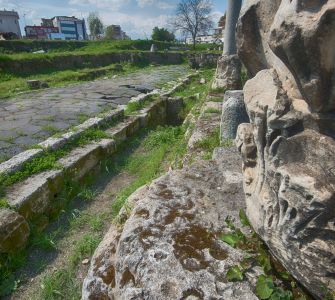 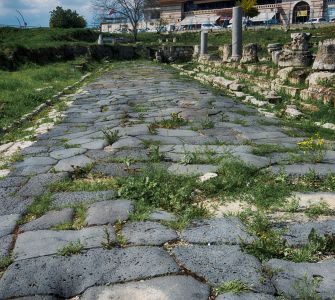