The Ancient City of Anemurium is also known as Anamuryum, which is Turkish pronunciation among the people. The origin of the word means “Windy Cape”. Anamur District got its name from this ancient city. It is possible to say that it is one of the best preserved ancient cities in Turkey.

History of the Ancient City of Anemurium

Anemurium Ancient City, which is on one of the southernmost coasts of Turkey, has been seen as a connection point with Cyprus due to its location. Its name first appears on the Romans list of ports in the 4th century. Although it developed and became rich due to being an important export port, it weakened due to the occupation of the Sassanids. Later, during the reign of Zeno of Isaura, the city became rich again. It was abandoned in time due to Arab raids in the 6th century, and came under the rule of the Seljuks in the 11th century and the Ottomans in the 16th century.

Most of the walls in the ancient city of Anemurium are intact and well-preserved. Among the important places to see:

900-seat Theater: In good condition, offering a beautiful view with the sea view at the back.

Public Bath: It is a 2-storey bath. There are 2 swimming pools and 3 warming halls.

Necropolis: There are around 350 graves. It is one of the best preserved necropolises of Anatolia.

Necropolis Bath: The mosaics on the floor of the bath near the necropolis are very well preserved.

Aqueducts: They are located in two rows in the east-west direction.

Lighthouse: It is located just above the city. The view is impressive.

How to Get to the Ancient City of Anemurium? Anemurium Directions Information

Anemurium Ancient City is at the Anamur district of Mersin. İts distance to Anamur is 7.5 km and Mersin is 237 km.

On the way from Anamur to Gazipaşa, you can reach the ancient city by turning left (to the sea side) at the 4th kilometer and following the signs.

Gazipaşa Airport, which is the neighboring district to Anamur, can be preferred for transportation by air. While arriving from Gazipaşa to Anamur by the airline shuttles, you can reach the ancient city by descending 4 km before the Town Center.

The entrance fee to the Anemurium Ancient City is 12.5 TL, and the museum card is valid.

When to go to the ancient city of Anemurium / What to do there?

The city is intertwined with the sea and there is a very beautiful beach with very clear water and not crowded. If you go in the appropriate season, it will be a unique tourism experience to see the ruins of the city under the sea by taking sea goggles and snorkel.

There are many fish restaurants around the entrance of the ancient city, and we recommend trying Lagos fish, which is a local type of fish.

Afternoon hours will be more suitable for visiting the ancient city of Anemurium, because the sun rays can be strong and disturbing, especially in hot seasons, while the effect of the sun disappears in the afternoons thanks to the hill to the west of the city. In addition, the sunset here offers an impressive view.

We recommend that tourists visiting Anemurium also see the Anamur Museum, where many artifacts and some mosaics are exhibited. 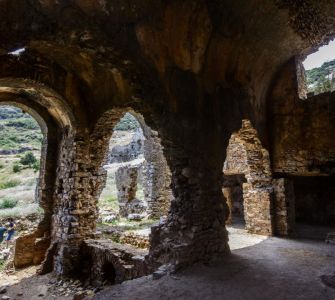 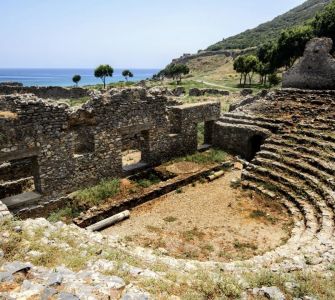 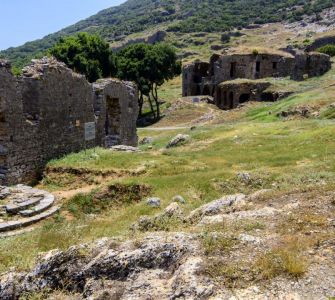 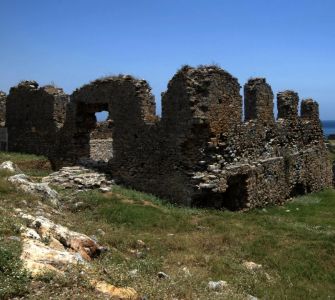 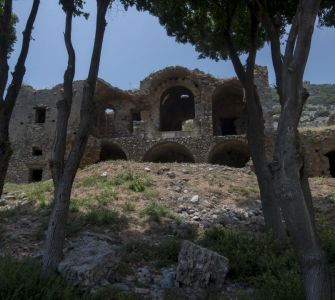 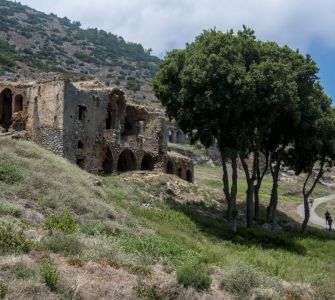 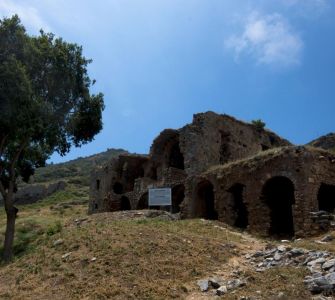 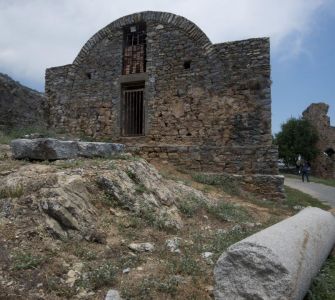 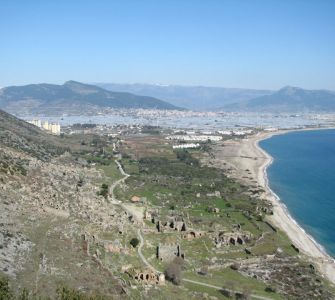 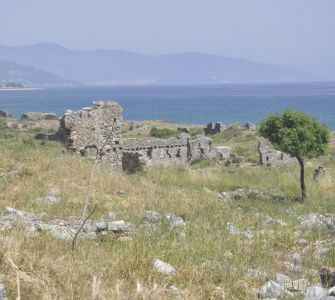 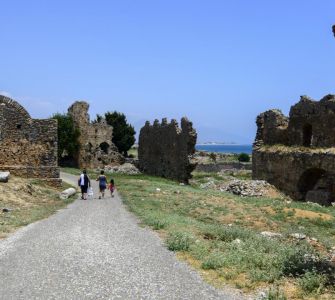