Tarsus, has seen dozens of civilizations with its 10 thousand-year-old history, served as the capital of Cilicia, hosted Caesar, Alexander and Cleopatra and has always been a very important city. It is possible to see the traces of this past in the Tarsus Museum.

Tarsus Museum has operated in Kubat Pasha Madrassah between 1970-1999, and, in the 75th Year Tarsus Cultural Center Complex since 1999. With the restoration of the old Tarsus Courthouse building, it was put into service with a ceremony on 22 December 2020.

Tarsus Museum awaits visitors in its new two-storey building that blends the old with the modern. At the entrance to the museum, amphorae and a giant mosaic welcome us. While the mosaics unearthed in Tarsus used to be exhibited in other provinces due to space shortages, an important need was met with the opening of this museum. On the mosaic, stories such as the man who stoned a bird placed on the sundial and the training of soldiers with spears are told.

The famous ancient writer Strabo's statement on the wall at the entrance of the museum, "Tarsus surpassed Athens and Alexandria in philosophy and other branches of education", once again emphasizes the importance of the city.

In the Tarsus Museum, archeological finds from the periods are exhibited in separate halls. Some of these halls are:

Prehistoric Ages: In this hall, where Tarsus and human life were reenacted in the prehistoric period, the animations of people making fire and making flour from wheat provide information about the period.

Gözlükule Mound: In this hall, finds such as kitchen utensils and cutting tools that were unearthed during the Gözlükule Mound excavations are exhibited.

Iron Age: The finds of this period and the animation of a woman weaving motifs and videos also provide information about the period.

Hellenistic Period: Here in the video, the arrival of Alexander the Great in Tarsus is described, yet another map shows the paths Alexander followed during his wars, and especially the sculptures attract attention.

Donuktaş Temple: A model of the original state of Donuktaş, the largest temple of the ancient period, and mosaics excavated from it are exhibited.

Roman Period: Relief sculptures stand out. Again, the models in which the road-building process of the Romans, who built hundreds of thousands of kilometers of roads in the ancient period, are reenacted are remarkable. The model in which the production of olive oil is animated in the ancient world also gives details about the subject.

Islamic Period: There are manuscripts, gas lamps, a model of Tarsus Ulu Mosque and educational videos.

Other artifacts such as the Daniel plate, Şahmeran story, and the marble tomb of Miralay Ahmet Bey are exhibited in the main hall. Again, the map of the famous sailor Piri Reis, including the Tarsus Port, is among the important works.

All historical artifacts of Tarsus are displayed on an interactive map in the Tarsus Museum, and the visitor can get detailed information about the artifact by tapping on it.

Where is Tarsus Museum? Directions Information. How to Get to the Museum?

Tarsus Museum is in a very central location in Tarsus District of Mersin. Its distance from Mersin is 28 km.

To get to Tarsus Museum from Mersin, after reaching Tarsus by using the Mersin-Adana highway, it is necessary to come to the old part of the city with the direction of the signs. Especially if you follow the signs of the Ancient Roman Road or Saint Paul's Well, you can reach the museum right next to them.

Although the museum has moved to its new building, its location in the map applications has not been updated. Therefore, we recommend that you do not use map applications while going here until the location of the Tarsus Museum is updated.

Here, we recommend that you continue on foot after your vehicle has been parked in a suitable place. Because all touristic points are within walking distance of each other and there is usually a shortage of car parking.

What is the Tarsus Museum Entrance Fee? What days and hours is it open to visitors?

Admission to Tarsus Museum is free. It is open to visitors every day of the week except Monday.

Places to  be seen around Tarsus Museum

Tarsus Museum is at the center of  oldTarsus. All historical places listed respectively as, Makam Mosque,  Ulu Mosque, Kırkkaşık Bedesten , Kubatpaşa Madrasah, St Paul Memorial Museum,  Cleopatra Gate, Tarsus Museum Ancient Roman Road, St. Paul's Well,  and Old Tarsus Houses  are all within walking distance. Our advice to visitors who come Tarsus  by private vehicle, to leave their vehicles in a suitable place and visit all these points on foot. They will have had a pleasant time full of history from the ancient period  to Turkish Republic. 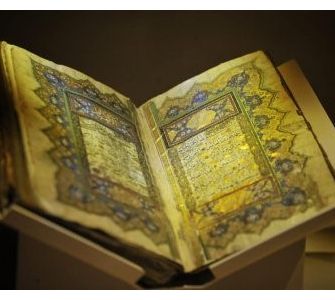