Silifke is one of the most important points of the Mediterranean region in Turkey, 80% of which is a protected area, in terms of historical and cultural artifacts.

Many civilizations have lived in many settlements such as Uzuncaburç, Olba Ruins, Silifke Castle, Heaven and Hell, Zeus Temple, Tisan Aphrodisias Ancient City and Adamkayalar, starting from prehistoric times and reaching the present day.

Many states such as the Kingdom of Cilicia, the Kingdom of Olba, the Persian Empire, and The Hellenic Seleucid State that gave its name to the district, the Roman Empire, the Byzantine Empire, the Anatolian Seljuk State, the Karamanoğulları Principality and the Ottoman Empire have left their traces, cultures and artifacts here. In addition to these states, it is possible to see the effects of Egyptian Phoenician and Greek colonies in Silifke due to its proximity to the sea.

Silifke Museum offers its visitors the works of this accumulation of thousands of years. The influence of the past, which has so many different languages, religions and cultures, is also reflected in the diversity of the works.

Silifke Museum is a 2-storey building. The works are exhibited in the 4 halls of the building and in the garden of the museum.

Archaeological Artifacts Hall: Pottery, amphora, marble vessels, marble statuettes, oil lamps and candlesticks, which are similar to the ones found in Cyprus, are exhibited.

Coin and Jewelry Hall: The artifacts unearthed from the Meydancık Castle Treasure, the Susanoğlu Treasure, and the Ayvagedigi Treasure are particularly prominent. Apart from these, silver, bronze, copper and gold coins belonging to the Persian, Hellenic, Roman, Byzantine and Ottoman periods should definitely be seen.

Ethnographic Artifacts Hall: Men's and women's clothes and items reflecting the culture of the region, some of which are still used today, are exhibited. In addition, weapons such as pistols, rifles and swords are also interesting. In addition to these, belt buckles, silver belt ring bracelet and so on. Jewelry is also an important piece of art.

Where is Silifke Museum? Directions Information. How to Get to the Museum?

Silifke Museum is located on Taşucu road in Silifke District of Mersin. It is 1.5 km from Silifke town center and 88 km from Mersin.

To get to Silifke Museum from Mersin by private car after passing the Silifke town center, and continue in the direction of Taşucu-Antalya for approximately 1.5 km, you can see the Silifke Museum on the left. Parking is available in front of the museum.

You can use Mersin-Antalya intercity buses to go to Silifke Museum from Mersin by public transportation. Buses pass right in front of Silifke Museum.

You can use Taşucu minibuses to go to Silifke Museum from Silifke district center.

What is the Silifke Museum Entrance Fee? What days and hours is it open to visitors?

Silifke Museum is open to visitors every day of the week.

Places to be seen around Silifke Museum 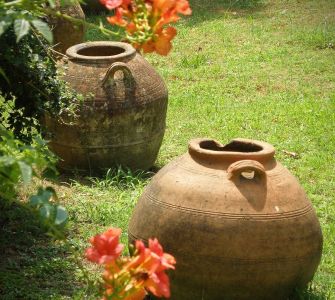 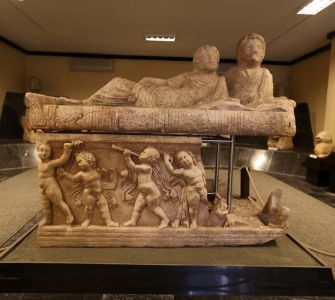