The old houses of Tarsus with unique characteristics are also an important touristic value. It is possible to see the traces of these houses in the old Muslim and non-Muslim neighborhoods in the southern part of the district, known as Old Tarsus.

The most well-known of the Old Tarsus Houses are the houses on the streets starting right next to the Saint Paul's Well and extending towards the south, and then continuing until the Roman Bath. Some of these have been restored and are structures that can be described as the symbol of Tarsus. Some of the old houses, which have been renovated in accordance with their originality, serve as boutique hotels, cafes and restaurants.

While constructing the Historical Tarsus Houses, various subtleties that are difficult to see elsewhere due to the warm climate and respect for privacy were considered.

Due to the hot climate, thick limestones containing calcium carbonate brought from the Taurus Mountains were used in the buildings, thus ensuring that the interior of the houses is cooler in the summer and warmer in the winter.

Again, with the effect of the hot climate, the distance between the streets was kept narrow, and it was aimed to ensure that the houses were in the shadow of each other, as well as to find a shaded area to walk on the streets. In general, the direction of the streets is designed to receive the cool wind blowing from the southwest.

While planning the Old Tarsus Houses, privacy was also taken into consideration. The best example of this is the double knocker doors seen in some houses. One of the knockers makes a deep and full sound, the knocking of this knocker means that it is a man who comes to the house, and the man of the house opens the door. On the other hand, women knock on the thin-voiced knocker and the woman of the house opens the door. Again, in some buildings, there is a cage system made in such a way that the owner of the house can see the person knocking on the door from above, and the person who knocks on the door cannot see the owner of the house.

Another interesting detail about the doors in the Old Tarsus Houses is that if the owner is not at home but will come immediately, he tie the rope lightly to the door, and if he will not be at home for a long time, the rope is tied tightly so that those who come to the house understand when the host will return.

Another reflection of the warm climate and the importance given to privacy is that the houses have high walls and courtyards.

One of the most striking features of the Old Tarsus Houses is their magnificent doors. The reasons for keeping these doors high are to allow  pack animals to enter and to fit cotton, a bulky plant that is grown extensively in the region.

There are some differences in style between the old houses in Tarsus that belong to non-Muslims and those in the Muslim quarter. While the entrance floors of the Muslim houses, which are usually built by the masters from Gümüşhane, are stone-walled, the upper floors are made of stone and wooden adobe combinations, all non-Muslim houses are built of stone.

Old Tarsus Houses have hosted many movies and TV series due to their visually strong and different atmosphere. Among the first that come to mind are the films Issız Adam, Beynelmilel and Kurtlar Vadisi Filistin and the series Hanımın Çiftliği, Bir Zamanlar Çukurova and Seher Vakti.

Where are the Old Tarsus Houses? Directions Information. How to go to Houses?

Historical Tarsus Houses are houses spread over a large area in the southern part of Mersin's Tarsus District, known as Old Tarsus. Although the most well-known examples of Old Tarsus Houses are the restored houses located right next to the Saint Paul's Well, it is possible to come across very different houses in all of the former Muslim and non-Muslim neighborhoods of the district.

To reach the Historical Tarsus Houses from Mersin, we recommend that you park your car at a suitable point in the southern part of the district and see  here on foot, along with other touristic values, after you reach Tarsus by using the Mersin-Adana Highway (d400)

To go to the historical Tarsus Houses by public transport, after reaching Tarsus by train or minibus from Mersin, you can reach here in a short time from the bus station or the  train station by city minibuses.

Places to be seen around old Tarsus Houses

Old Tarsus Houses are  at the center of Tarsus. All historical places listed respectively as, Makam Mosque,  Ulu Mosque, Kırkkaşık Bedesten , Kubatpaşa Madrasah, St Paul Memorial Museum,  Cleopatra Gate, Tarsus Museum, Ancient Roman Road, St. Paul's Well,  and Old Tarsus Houses  are all within walking distance. Our advice to visitors who come Tarsus  by private vehicle, to leave their vehicles in a suitable place and visit all these points on foot. They will have had a pleasant time full of history from the ancient period  to Turkish Republic. 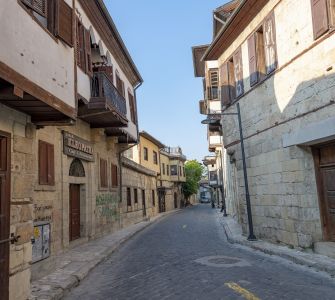 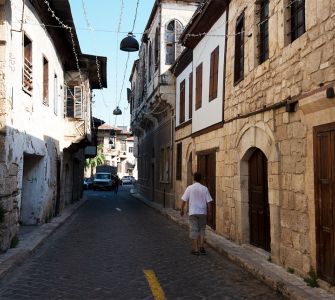 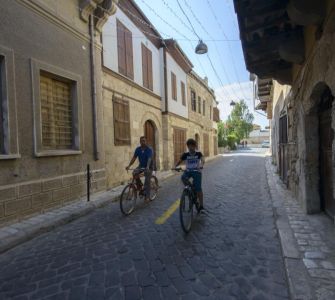 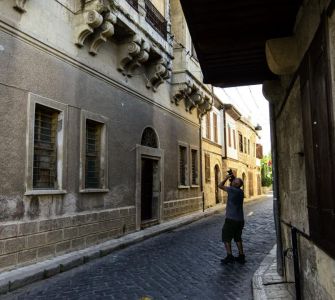