Göksu Delta is the geographical area formed by Göksu River which is one of the biggest rivers of Mersin. When velocity of the rivers decrease as they pour into the sea by making triangular areas and branching out into small channels and these geographical forms are called delta. In other words, they are the forms where the river ramify and pours into the sea.

What makes Göksu Delta special is that it is an important spawning area. It is also a point where many kinds of plants and animals can be observed with its flora and fauna.

Paradeniz Dalyan, located to the west of the Göksu River, is separated from the sea by a layer of sand. Akgöl, Arapalanı and Kuğu lakes are the largest lakes in the delta area.

Göksu Delta is one of the 18 Special Environmental Protection Areas in Turkey. With an area of 228.5 square kilometers, its ratio as an area within the protection zones in Turkey is 0.03%.

Special Environmental Protection Areas are the regions declared by the decision of the Council of Ministers in order to protect the biological diversity and natural resources in the soil and water areas that have ecological importance and are sensitive to environmental pollution and degradation.

Göksu Delta also has the status of a Ramsar site. Ramsar area refers to areas of worldwide importance that are taken under special protection within the scope of the International Convention on the Protection of Wetlands signed in the city of Ramsar, Iran in 1971. Göksu Delta is one of the first of 14 Ramsar sites in Turkey and has had this status since 1994.

Göksu delta has been declared as one of the most important bird sanctuaries in the Middle East and Europe by the "International Council for the Protection of Birds" (ICBP).

The richness of the Göksu Delta in terms of bird varieties comes from the fact that birds use it as a winter accommodation and at the same time as a hatchery. Apart from the birds that stay and lay eggs in the delta, there are also local species specific to the region.

Reed Rooster is one of the most important bird species of Göksu Delta, which is especially in danger of extinction and can be seen in a very limited area in the Mediterranean. It is an appropriate expression to say that the reed rooster is the symbol of the Göksu Delta. Again, flamingos that use this place for migration also have an important place.

Göksu Delta is one of the important areas where the lovely Caretta Caretta sea turtle and green sea turtle breed in the Mediterranean, as well as birds.

There are watchtowers for bird watching in the Göksu Delta.

Göksu Delta is located in the south of Silifke District of Mersin, where Göksu River empties into the sea. It consists of 4 towns and 7 villages. The distance of Göksu Delta to Silifke is 15 km, and the distance to Mersin is approximately 90 km.

To go to Göksu Delta from Mersin by private car, you must proceed west along the Mersin-Antalya Highway and pass the town of Atayurt, then turn left (in the direction of the sea) around the vegetable and fruit market, pass the Sökün district and continue on.

To go from Silifke to Göksu Delta, after driving 2 km in the west along the Silifke Taşucu road, make a u-turn around the big bend, turn right after 400 meters and proceed for 10 kilometers.

Places to be seen around Göksu Delta 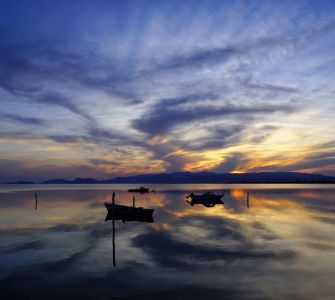 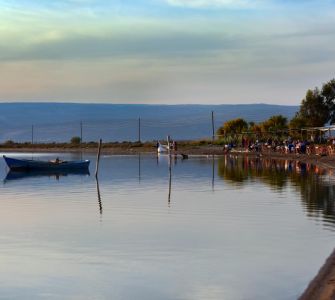 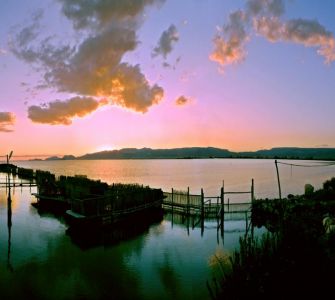