The Heaven and Hell Sinkholes in Mersin were formed by the melting of the calcareous land by an underground river and the collapse of the ceilings of the underground spaces over time. They are also known as Heaven and Hell Caves but it would be more appropriate to consider these structures as sinkholes due to their formation. Because they are the best examples of sinkhole formations formed by the melting of the lower layer and the collapse of the ceiling.

What are the Features of Heaven Sinkhole?

Heaven Sinkhole, is larger in structure than the Hell Sinkhole and it is the one that can be descended into. There is a stone staircase with 452 steps and a historical church on the 300th step. It was built of rectangular block cut stones at the entrance of the cave inside the cliff. There are six arched window openings on the north and south long sides of the building. Inside the building. Prophet. Jesus and his apostles are processed. In the 4-line inscription on the entrance door of the church, it is written that this church was built in the 5th century by a religious person named Paulus, dedicated to the Virgin Mary. It is said that at this location there was another temple from the pagan age. Later  this building, also known as the Church of the Virgin Mary, was built at that location. The absence of a roof of the church is also an interesting detail.

After the church is passed, the sinkhole shows the characteristic of a cave and the steps become slippery due to the humid environment. For this reason, you should be careful and sports shoes should be preferred if possible. When you descend 152 more steps, a surprise welcomes the visitors that will make them think that all the trouble is worth it. When attention is paid, the sound of an underground water which is believed to be a mythological river is heard. In fact, this is the stream that forms the Heaven and Hell Cliffs, and it joins the sea in Narlıkuyu bay, and makes the water of this bay ice-cold. When looking back after descending the steps, it impresses the visitors with the gliding of lights, the ambiance of humid air and greenery, and its atmosphere reminiscent of a scene from the movie The Lord of the Rings. Although the exit of the cave is a bit tiring, there are also those who see it as a part of the experience a sense of spiritual achievement when they reach the top.

With the project supported by Çukurova Development Agency in 2018, an elevator was added to Cennet Sİnkhole, so that those who are not in good health or do not want to get tired can get up and down easily. Our advice to the visitors is that choosing the stairs while going down to this sinkhole will make the experience more enjoyable.

What are the Features of the Hell Sinkhole?

Like the Heaven Sinkhole, the Hell was formed as a result of the collapse of the karst land. It is not possible to descend into the sinkhole, whose depth is 128 meters. With the project supported by Çukurova Development Agency, a glass viewing terrace has been built here and it has been ensured that the visitors can watch the scenery more safely.

The story of the Hell Sİnkhole dates back to Greek Mythology. According to the legend, after Zeus defeated the monster Typhon, he imprisoned him here for a while, then locked him under the Etna Volcano forever.

Our advice to the visitors would be to see the Hell, then the Heaven. Going up and down the Heavenl Sinkhole   is a bit of a tiring experience, so it is preferable to watch Hell Sinkhole when you are not tired.

How to Go to Heaven and Hell Sinkholes? Directions Information

Heaven and Hell Potholes with the direction of the signposts on the Mersin-Antalya highway. It is at, 3 km west of Kızkalesi. After turning to the right following the signs from the highway (left when coming from west) it can be reached by going 1.5 km more. There is no public transport to Heaven and Hell Sinkholes.

Entrance fee to Heaven and Hell Sinkholes is 45 TL and museum card is valid. With the same ticket, you can visit the Astım Cave, which is within walking distance.

There are WC, cafeteria parking and souvenir shops.

Our advice to the visitors is to try buttermilk and a local food sıkma, to relieve tiredness after visiting the Heaven and Hell Potholes. In addition, we recommend that you try the local breakfast, which includes flavors that are difficult to find elsewhere, such as citrus jam, raw fig jam,in these facilities, which are generally run by local people.

Places to be seen around Heaven and Hell Sinkholes 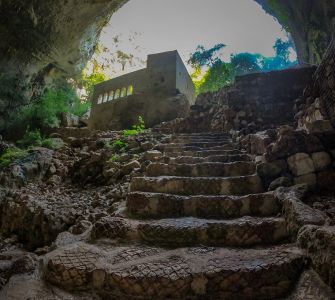 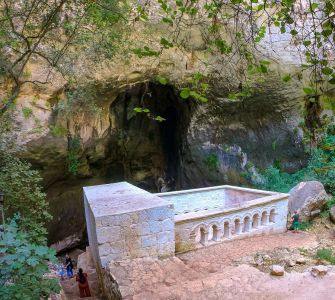 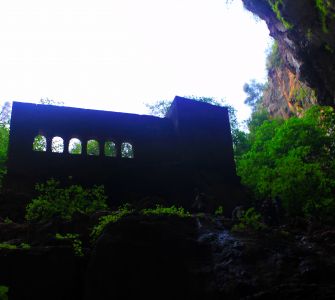 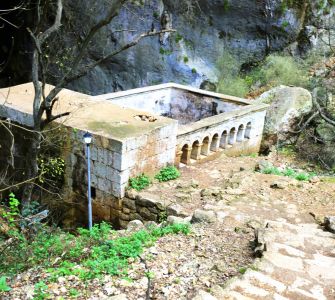 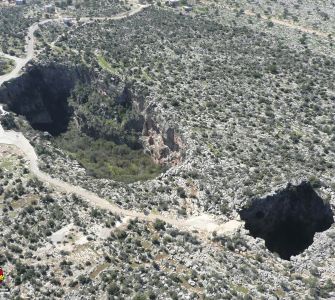 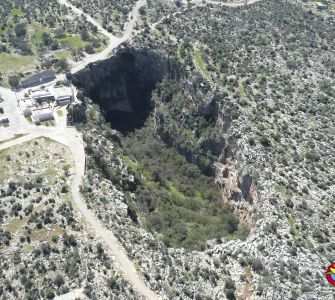