The Aşağı Dünya Sinkhole is a natural wonder pothole that has just begun to be discovered and visited in Silifke District of Mersin. The Aşağı Dünya Sinkhole is a place that truly deserves its name. (aşağı means lower and dünya means earth in Turkish) It is a similar geographical formation with the Heaven and Hell Potholes and Kanlıdivane, which are also located in Mersin. The word Obruk is a structure that has been translated into many languages from Turkish and the best examples of which we can see in the Konya Plain and the Taşeli Plateau just south of it.

The question of how the potholes were formed is related to the geological structure of the region. Especially with the melting of the limestone layers by underground waters, large cavities and underground caves are formed under the floor. The collapse of the ceiling over time leads to these formations we call sinkhole.

Like other sinkholes in the region, this place was used by people of the past period for settlement purposes, and people attached special importance to it. Just like Kanlıdivane, it is thought to be a sacred place where religious rituals are performed. As in Kanlidivane, there is a settlement called Akhayat 400 meters west of the pothole.

The Aşağı Dünya Sinkhole is at a depth of 70 meters and the mouth of the sinkhole measures 100 m x 150 m. It is possible to go down to the pit by stairs carved into the rocks. In addition to natural caves, there are caves opened and expanded by people in the sinkhole. At the entrance of the pothole, there are figures of a bull's head, a bunch of grapes, and a Heracles knob. Again, the doors and foundations of some settlements have survived to the present day.

When you go down to the sinkhole, there is a small necropolis consisting of a cistern, olive oil production workshop and sarcophagi carved into the rocks.

The Aşağı Dünya Sinkhole is a completely different world. The green vegetation covering the entire pothole and the emotions offered by the vast edges of the pothole are a feeling that should be experienced by all nature and photography lovers. When you look from the bottom up, you can see a different view that you will not find anywhere else.

Where is the Aşağı Dünya Sinkhole? Directions Information. How to go to Sinkhole?

The Aşağı Dünya Sinkhole is located in the Silifke District of Mersin, within the borders of Öztürkmenli Neighborhood. It is 16 km from Silifke and 100 km from Mersin.

To go from Silifke to the Aşağı Dünya Sinkhole, you must proceed east on the Mersin-Antalya Highway and proceed to the left (to the mountain side) with the direction of the Aşağı Dünya Sinkhole sign located around the Karadedeli village, and after proceeding approximately 8.2 km, turn right from the only village house here and turn right to stabilize the village. After 1 km on the road, you will reach the sinkhole.

There is no public transportation to the Aşağı Dünya Sinkhole.

Admission to the Aşağı Dünya Sinkhole is free.

The best seasons to go to the Aşağı Dünya Sinkhole are spring and autumn, and the best time of the day is in the afternoon. So you can enjoy this place without being affected by heat of the sun.

Places to be seen around Aşağı Dünya Sinkhole 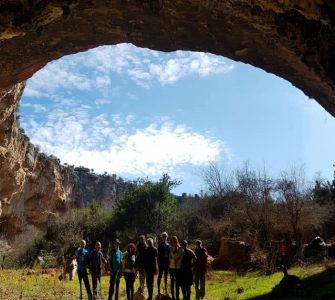 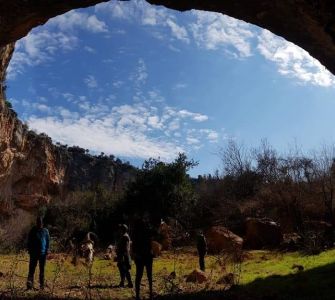 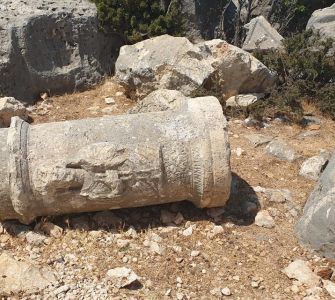 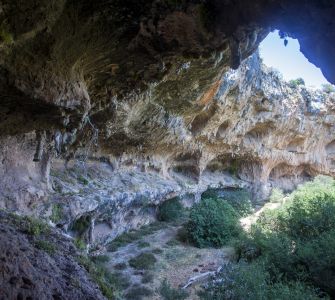